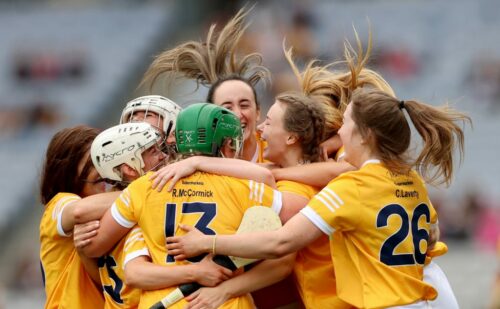 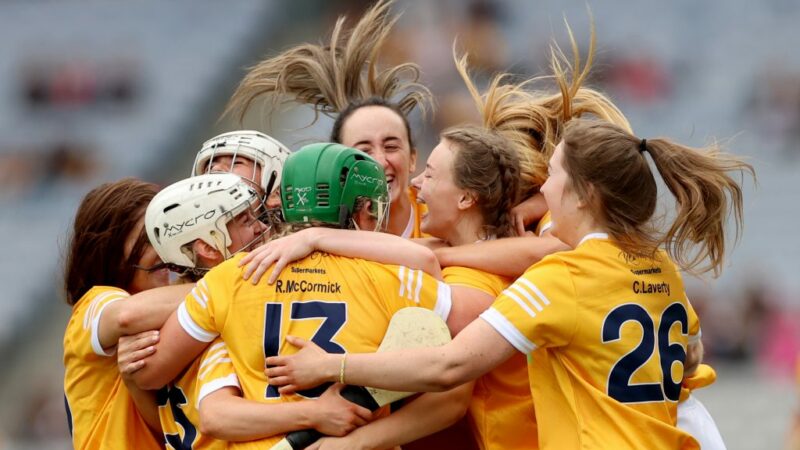 The tandem of Róisín McCormick and Maeve Kelly have long been slated for superstardom through the schools and underage structures in Antrim and they delivered on the biggest stage at Croke Park to propel Antrim to victory in the All-Ireland Intermediate Camogie final by 2-21 to 2-13.

The deadly duo scored a goal and 14 points between them, and with Catrine Dobbin also weighing in with 1-2, Antrim racked up a remarkable return that no side could match.

This was a fantastic exhibition of the increasing depth of camogie, and on this evidence, Antrim will be a welcome new addition to the senior ranks.

The game was decided in a matter of minutes just before the second-half water break, a period that actually began with a goal from a 20m free by Sophie O’Dwyer in the 43rd minute.

That gave Kilkenny hope as they closed to within four points, but McCormick and Kelly responded immediately with points before McCormick set up Catrine Dobbin, who finished with the coldness of an assassin, the shot to the far corner worthy of the move that had led up to it.

It was only two minutes after O’Dwyer’s major and the hopes they had harboured had been ruthlessly extinguished.

Both sets of attacks showing good economy in the first half, finishing ruthlessly and with no overtly defensive systems, that meant a welter of excitement for supporters.

It was 1-11 to 0-9 at half-time and only three of those scores came from placed balls as the teams revelled in the open spaces. 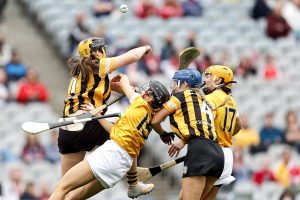 Kilkenny started very well and their three half-forwards had pointed inside five minutes, after Kelly had opened the scoring in 58 seconds. In the blink of an eye, the Cats were leading by three, Sarah Walsh, Eva Hynes, Walsh again and Ciara O’Keeffe splitting the posts.

Antrim have a nice mix of youth and experience, with the likes of Chloe Drain and Maeve Connolly on the panel that won the Premier Junior title in 2010, while McCormick and Kelly have built up a lot of game time over the past four years.

Beaten finalists by Down last year, they stayed calm though they were extremely fortunate in the eight minute when Danielle Quigley struck the butt of their post and the normally deadly Hannah Scott fresh-aired from the rebound.

Kilkenny will wonder what a goal would have done then, particularly as Antrim went straight up the field for McCormick to point after a run in from the. The Loughgiel prodigy followed up with another couple of scores, supplemented by a Lucia McNaughton point for the Saffrons to hit the front, a lead they held at the water break.

O’Dwyer equalised from a free but Kelly lit up Croke Park with a brilliant individual goal in the 21st minute, picking up possession around 30m out, side-stepping wonderfully and then showing good strength to bear down on Sinéad Farrell.

Thereafter it was all about composure, the Ballycastle star regathering after an initial hook to fire low to the net from a rapidly tightening angle. The gap opened to five and that’s how it was at the change of ends.

Kelly had a glorious point after 38 seconds of the restart and the lead was seven when O’Dwyer stunned everyone with her deadly strike.

The reply told you all you needed to know about the mentality of the Paul McKillen- and Jim McKernan-managed outfit and the streaked clear, with a flurry of outstanding points after Dobbin’s goal.

Sarah Crowley found the net in injury time for Kilkenny but by then, the verdict was in no doubt. 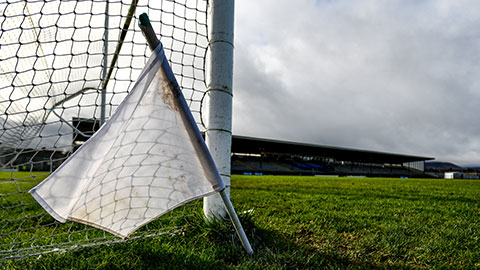 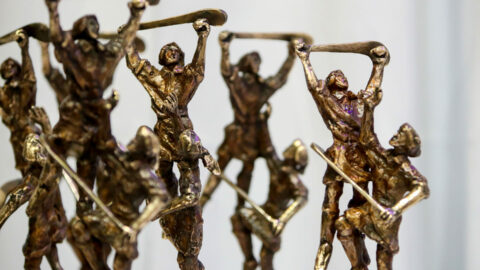 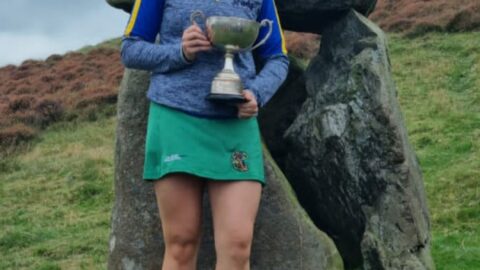 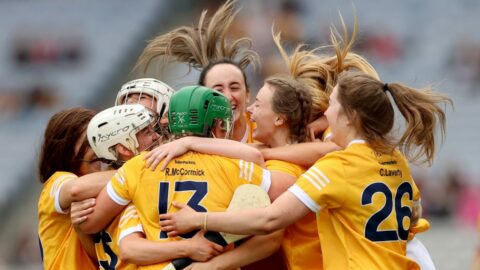