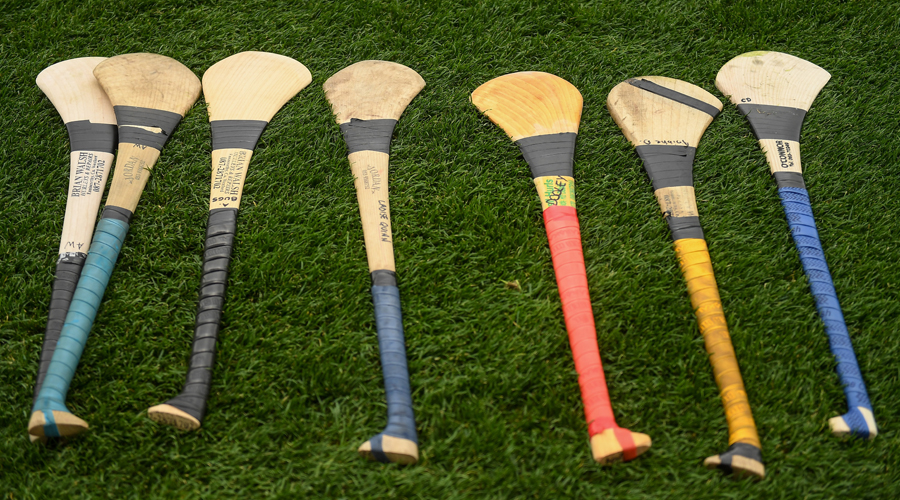 The game consists of two thirty-minute halves. There is a half-time interval of 10 minutes. In event of extra time, halves must consist of 10 minutes each. Each team has 15 players on the field. Within the 15 players the team must consist of one goalkeeper, three full back players, three half back players, two centre-field players, three half forward players and three full forward players.

There is a minimum requirement of 12 players on the pitch at all times.[9] The rules are almost identical to hurling, with a few exceptions .Camogie players must wear skirts or skorts rather than shorts Under the original 1903 rules both the match and the field were shorter than their hurling equivalents. Matches were 40 minutes, increased to 50 minutes in 1934, and playing fields 125–130 yards (114-119m) long and 65–70 yards (59-64m) wide.

From 1929 until 1979 a second crossbar, a “points bar” was also used, meaning that a point would not be allowed if it travelled over this bar, a somewhat contentious rule through the 75 years it was in use. Teams were regulated at 12 a side, using an elliptical formation, although it was more a “squeezed lemon” formation with the three midfield players grouped more closely together than their counterpart on the half back and half-forward lines. In 1999 camogie moved to the GAA field-size and 15-a-side, adopting the standard GAA butterfly formation.H-shaped goals are used. A team achieves a score by making the ball go between the posts. If the ball goes over the bar for a “point”, the team earns one point. If the ball goes under the bar for a “goal”, the team earns three points

The name was invented by Tadhg Ua Donnchadha (Tórna) at meetings in 1903 in advance of the first matches in 1904. [13] It is derived from stick used in the game. Men play hurling using a curved stick called a camán in Irish. Women in the early camogie games used a shorter stick described by the diminutive form camóg. The suffix –aíocht (originally “uidheacht”) was added to both words to give names for the sports: camánaíocht (which became iománaíocht) and camógaíocht. When the Gaelic Athletic Association was founded in 1884 the English-origin name “hurling” was given to the men’s game. When an organisation for women was set up in 1904, it was decided to anglicise the Irish name camógaíocht to camogie.

The experimental rules were drawn up for the female game by Máire Ní Chinnéide, Seán (Sceilg) Ó Ceallaigh, Tadhg Ó Donnchadha and Séamus Ó Braonáin. The Official Launch of Camogie took place with the first public match between Craobh an Chéitinnigh (Keatings branch of the Gaelic League) and Cúchulainns on 17 July at a Feis in Navan. The sport’s governing body, the Camogie Association or An Cumann Camógaíochta was founded in 1905 and re-constituted in 1911, 1923 and 1939. Until June 2010 it was known as Cumann Camógaíochta na nGael.

Máire Ní Chinnéide and Cáit Ní Dhonnchadha, two prominent Irish-language enthusiasts and cultural nationalists, were credited with having created the sport, with the assistance of Ní Dhonnchadha’s scholarly brother Tadhg Ó Donnchadha, who drew up its rules. Thus, although camogie was founded by women, and independently run (although closely linked to the GAA), there was, from the outset, a small yet powerful male presence within its administrative ranks. It was no surprise that camogie emanated from the Gaelic League, nor that it would be dependent upon the structures and networks provided by that organisation during the initial expansion of the sport. Of all the cultural nationalist organisations for adults that emerged during the fin de siècle, the Gaelic League was the only one to accept female and male members on an equal footing.

A player may now use minimal contact on an opponent’s body from side-on, once they are making a reasonable effort to gain possession of the ball

A player who is now deemed to be persistently fouling another player (two deliberate fouls) will be given a “tick” by the referee. If that player commits one more foul, it will merit a yellow card

The referee will now blow the whistle once only, to signal a wide/score and from that moment the sliotar is back in play and the goalkeeper is free to restart the game via a puck-out from the correct position.

A player will now have the option to take a free from their hand if they are fouled inside her own 45-metre line. Only the player that is fouled can take the free from the hand and it is an indirect free.

5.   Dropping the Hurley and Hand-pass Goal

A penalty must be struck from on or outside the 20-metre line but not inside it. In addition, only one defending player may stand on the goal-line during a penalty and shall not move towards the 20m-metre line before the ball has been struck.In this year Coronavirus spread through the world and called a halt to all sports